Do you like to travel? Probably, otherwise you’re in the wrong part of the internet. Edmund, get your poetry peer-reviewed here. Clayton, the latest farm equipment can be ordered here. And Gladys, the pornography discussion group you’re looking for is here. Oh, and Gladys, might I suggest a VPN for that specific sub-genre.

Next question: do you have a bucket list full of tourist attractions you need to tick off ASAP? The problem, though, is that traveling is tiring and expensive and full of uncomfortable places to poop. So allow me to make a recommendation to get the jump on that bucket list: head on over to Vegas. These are some of the bucket list locations you can check off in a weekend in Sin City.

New York is gross and disgusting in the summer, cold as hell in the winter, and I’ve been living here long enough to have forgotten what the other two seasons even are since they last approximately eight minutes each. But in Vegas everything is neatly condensed in such a way that you can see the Statue of Liberty, walk across the Brooklyn Bridge, and shop at M&M World in the space of ten minutes. The experience also comes with 85% less solicitation from homeless people. Now that’s efficiency. So come over to Vegas and stay at the New York, New York. You can also ride a rollercoaster around the city, for some reason. 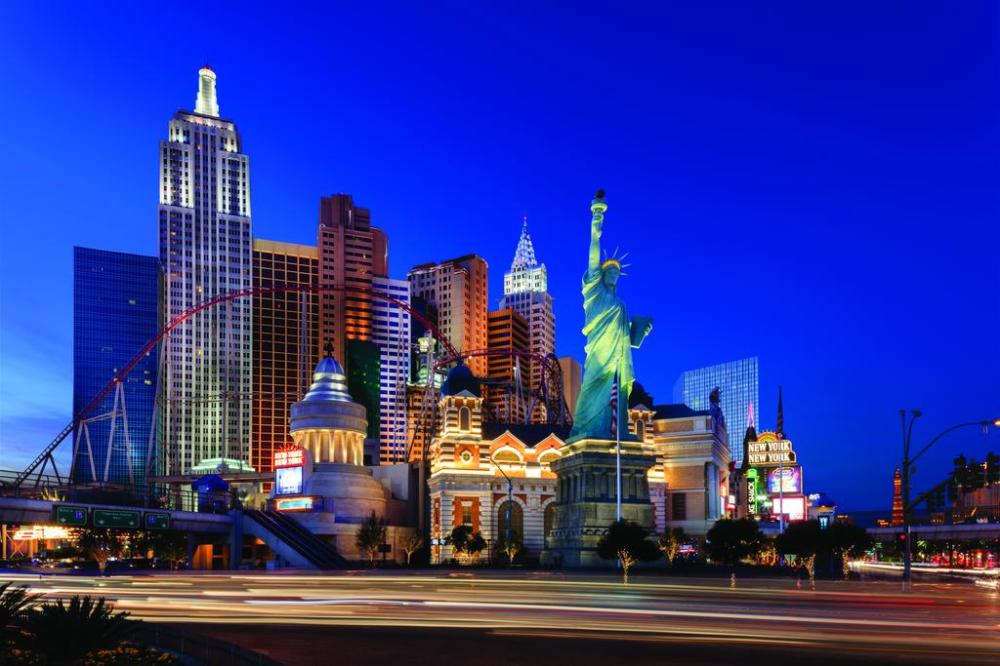 [As a side note, if M&M World is on your bucket list, please consider yourself banned from this blog.]

Let’s face it, the main reason you want to go to Paris is to see the Eiffel Tower. The main reason you haven’t been (or have been but have vowed never to return) is the unfortunate fact that Paris is filled with French people. On the other hand, Las Vegas is mostly filled with loud, obnoxious Americans on bachelor(ette) parties or otherwise walking around in packs…Oh, that’s probably worse than a stereotyped representation of French people, who are mostly very nice indeed. But do be aware that Paris is so underwhelming you can be so disappointed with the place that you can leave with an actual mental disorder. If you’re worried about that, stay at the Paris resort & casino, Las Vegas, for a few nights.

First off, the items listed above are all in different freaking parts of Italy. How inconsiderate is that? If you wanted to see all three items above you’d need a few nights in Rome, one in Florence, and a few more in Venice. But again, Vegas has got you covered. This time you’ll need to check out the Venetian on one side of the strip – taking a gondola ride too of course, because that’s the main attraction here – then you can scoot across the strip to Caesars Palace where ancient Rome awaits, along with Michelangelo’s David. If the latter specifically is on your bucket list, might I also suggest you check out any one of the replicas worldwide; judging by how long that list is, there’s probably one at the end of your street.

Ancient Egypt was one of my favorite topics as a kid – what’s not to love about chariot combat, mummification, and violent animal sacrifices to a plethora of animal-shaped gods? 12-year-old me loved that stuff. When I was 16 my dad took me on a cruise down the Nile from Luxor to Aswan, which I highly recommend. In lieu of doing that – because really, who has time for that these days? – once again Vegas can help.

Stay at the Luxor and have all your ancient Egyptian fantasies come true. The resort & casino is shaped like a pyramid, there’s a sphinx at the entrance to welcome you, and there’s an Abu Simbel-type structure inside the pyramid. And if that’s not all, to really immerse you into the history of this ancient culture, Las Vegas has topped off the recreation by having, at the bottom of the pyramid, a permanent exhibition of…the Titanic. Wait, what? I have no idea either, guys.

But ultimately I think that last anachronism is a good representation of what Vegas is. Nothing really makes any sense. It’s over the top and nonsensical and you just have to accept it to enjoy it. And if you can cross a few things off your bucket list while you’re here, so much the better. Vegas, baby!