I was lying on my stomach in the snow at the edge of a ridge in a forest, eye squinting through a camera lens. I clicked the shutter, stood up, brushed myself off and looked at the camera display. Nope, that was also terrible.

I dragged my beleaguered wife back down the hill, saying we had to try from a different angle. But this time would be perfect, surely. We trudged back through the snow and along the road, then I crouched and aimed my camera up. A light breeze came and I waited, then held my breath and snapped the shutter. And…this one was somehow marginally worse. God damn it.

Examining each of the previous attempts, I decided it was not either my lack of skill as a photographer or the location from which I was taking the photo, it was of course the fact it was an overcast day. But thankfully there was a little patch of blue creeping through the clouds so I demanded we go back up the hill and see if it got bigger.

On the way back up we passed someone with a fancier camera than mine and a tripod who sniffed haughtily as we hiked ahead with my low-end DSLR swaying from my neck.

At a spot further up, we waited and waited and watched the blue. It teased us for so long then a big cloud came and slammed the door in our faces.

Still not deterred, I pointed to a trail that led away from the castle that seemed like it had great views. It was closed because of ice and danger and things that stop sensible people doing insensible things. Praying to Darwin that we’d be ok, we followed the trail a ways. It was snowy but not slippery and we whistled as we walked. Eventually we hit a bridge that was locked and closed and definitely impassable.

“You think we can climb over it?” I asked.

“Yes, of course, let’s climb over this gate that is clearly locked for a reason and pay no heed to warnings that are probably there to prevent us falling to our deaths. Great idea, Chirpy.”

She was being sarcastic, which you can probably tell, but I didn’t figure out until she yanked me back as I was hoisting my leg. “What are you even going to do with the so-called ‘perfect photo’ anyway?”

“Umm, put it on my blog. People need to see it!” I said, as if I was in possession of photos exposing the highest levels of government corruption.

I’m home now, and I’m proud to say that these photos are all mine. Neuschwanstein Castle is magnificent! 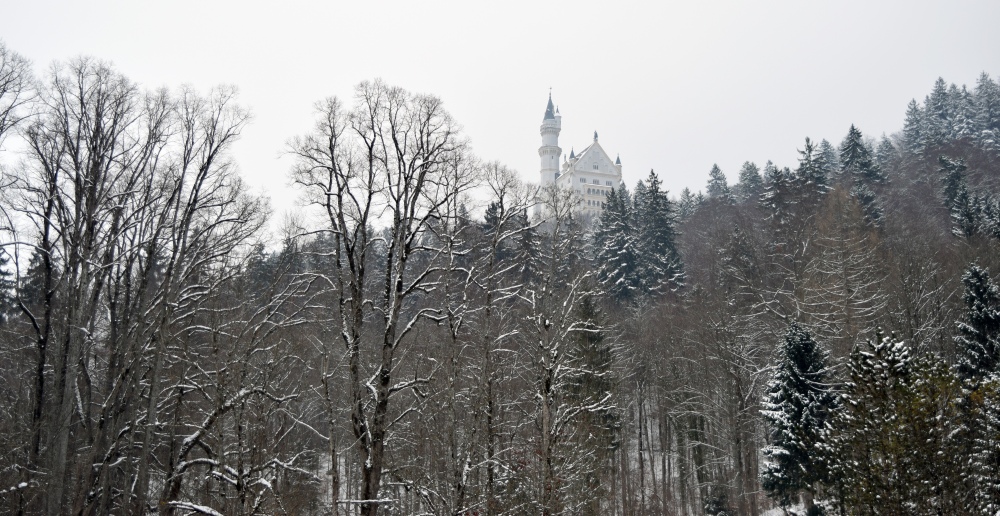