Everyone has a horror story about dealing with a particular company or organisation. A severed ear in your KFC bucket, a seven-year wait for a new kidney on the NHS, too much head on your pint at your local, the list is endless. But some companies are hated more than others. Ryanair, for example, is so hated by one person that there exists a website called www.ihateryanair.org. A .org website? That guy really hates Ryanair.

My dad had just such a horror story recently, with a UK coach company called National Express. I was in London with him to watch a football match (Coooome on yoooooou Whiiiiiiteeeees!). After the game we had over-priced London dinner and then I took him to Victoria Coach Station where he was getting on a coach back to Cambridge – I was staying in London for the night for a friend’s birthday. I saw him join the queue for the coach then I headed to my friend’s party. 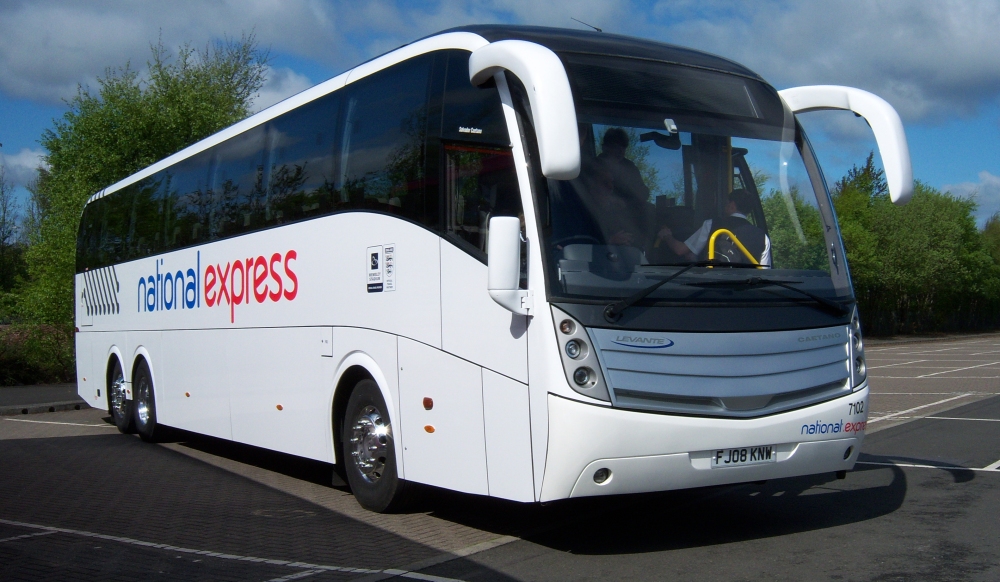 A little while later, while I was busy getting drunk on cheap lager and whiskey, I got a text from my dad that simply said, “Chirpy, I’m on a bus to Portsmouth.” Instead of being sympathetic to my dear old dad, I actually thought it was hysterical, as did the people at the party after I told them what I was laughing about. It was about 9 p.m. by this point and he was still 90 minutes or so from Portsmouth, so there was no chance of him getting home that night, not by bus or by train, so he spent a night in Portsmouth, which is no one’s idea of a great night out.

Eventually my dad did get home. About 3 p.m. the following afternoon. That bus ride from London to Cambridge, which takes about 50 minutes and costs £20 on the train, took him 18 hours and cost him £130. Talk about great value!

I then wrote a letter to the National Express’s customer service department. My dad had written off the extra costs — “guess I’ll do some overtime this weekend” were his exact words — but I thought, “Hey, this wasn’t my dad’s fault” (it wasn’t; the Portsmouth bus was at the Cambridge gate and the driver never checked my dad’s ticket properly), so I was hoping for some free stuff. A free ticket somewhere, or two seats for the price of one, or a bus where the toilet smells of lavender and rainbows, some little thing to say “sorry that we fucked up”.

After about six weeks of radio silence, followed by a few emails, followed by a phone call, I recently received a cheque for £65 in the post, which marked a 50% refund on the additional costs my dad paid to spend a night in a Portsmouth Travelodge. I almost wasn’t sure what it was when I looked at it – it’s been about three years since I last saw a cheque. Nobody uses them anymore. They used to be acceptable and normal but are now out-dated, like floppy disks, VHS cassettes and child molesting (seriously, it’s starting to seem like everyone was a paedophile back in the 60s).

It was £65 that I really wasn’t expecting. I gave my dad half and banked the rest – I can use the toilet at Victoria Coach Station in London 116.7 times with that money. I should probably write a letter of complaint to see if I can get a lifetime pass, or at the very least one free flush.

There are two lessons to be taken from this story. One: if something goes wrong, always embrace your inner Englishman and write a letter of complaint. You might get more than you expected. Two: National Express is actually quite a good company and taking the bus instead of the train can save quite a bit of money if you don’t end up in Portsmouth. Buses and bus journeys are great.

Over to you: what’s your worst experience with a company? Anyone ever actually had something freaky in their Egg McMuffin? Anyone had any experiences of *good* customer service?