Picture your bedroom at home. You’ve got a bed in there, a double or a king-size if you’re doing well in life, a single if you’re poor and unloved. You’ve got a TV on a chest of drawers maybe. You’ve got a lamp, a bedside table, a wardrobe, some pictures or paintings on your wall, and probably some mysterious stain on your ceiling that’s been there since the previous occupants moved out. Now add a sink into that space. Then a stove. Then a shower cubicle. Then your TV, couch and bookcases. Don’t make the room any bigger, just cram it all right in there.

That’s what the one-room apartment in Paris was like. It was also about 13 floors up and barely a croissant’s throw from the Eiffel Tower. I was spending my final night in this city of romance with a Romanian and an Indian in this room; it was certainly cosy enough for us to get all hot and steamy together. 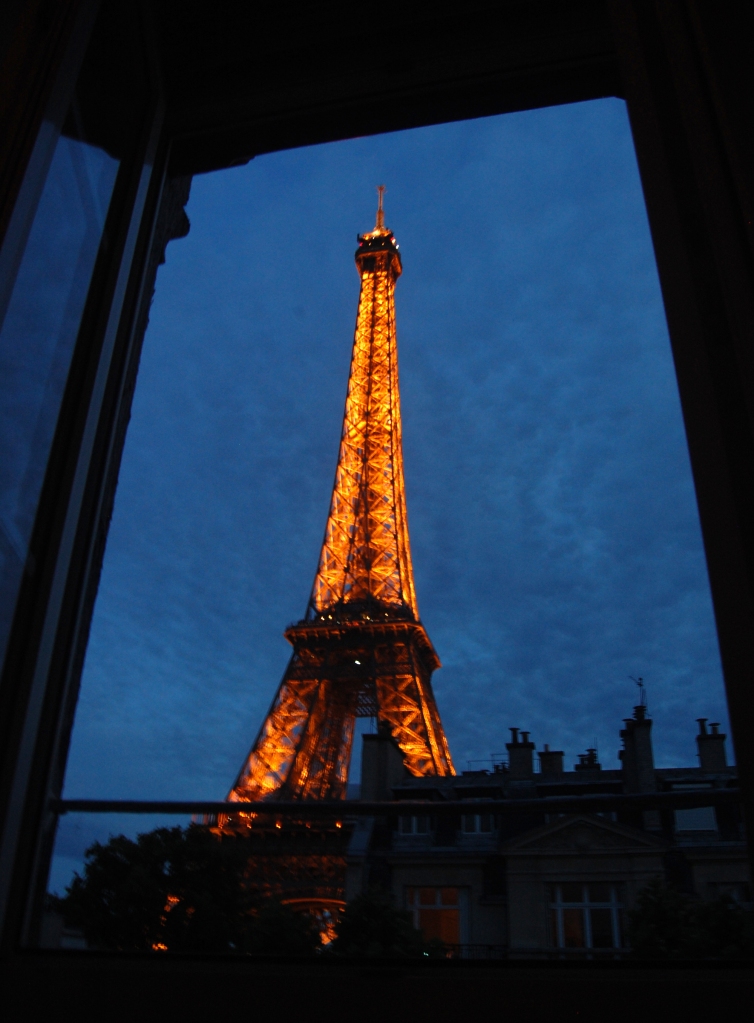 I sat on the single mattress on the floor that served as a bed. The Indian guy sat next to me. He didn’t say much. Lucian, our Romanian host, stood in the “kitchen” and made us dinner — a plate of pickled cabbage to start, followed by a massive bowl of salad with feta cheese and some tasty dressing from Romania, followed by a plate of vegetables and rice.

I say our host made “us” dinner, but the Indian guy refused to eat.  I guess he was from some wealthy family with a dozen servants and cutlery edged with gold leaf, and he’d found a one-room apartment in the centre of Paris that was a third of the size of his family’s cow’s shed, and he didn’t feel comfortable using up our host’s resources. He clearly hadn’t couchsurfed before.

“Here Chirpy,” Lucian said, handing me a glass and a half-full carton of orange juice. “Help yourself.” So I did.

Lucian was happy to do most of the talking, which suited me just fine. I shared my travel stories and asked questions to satisfy my curiosity about this fascinating Romanian who’d been to more countries than I could name and spoke so many languages I got a headache trying to comprehend how he could store that much information in his head. The Indian guy just sat there in puzzled silence, like he’d just seen a man give birth to a cat. I felt sorry for him. I couldn’t help but smile at the fact he came from a country known for giving approximately 200% of its visitors food poisoning and he’d come to one of the wealthiest cities in the world and he’d found an apartment for which the toilet was a hole in the ground in a room down the corridor shared with 20 other people.

After we’d eaten — including three desserts — the Indian guy made excuses and left, having steadfastly refused even something as basic as a glass of tap water.

Lucian showed me photos of his adventures on his laptop until the early hours of the morning. “Some people just aren’t receptive to travel,” he said, as we looked at a picture of a family he stayed with in Nigeria. “For them, travel has to be hotels and business class, room service and complimentary mints. That’s travel, but only in its most basic sense. Real travel should involve staying with real people, eating their food, drinking their orange juice, sharing their mess and their muck. Only then can you understand a place.”

Lucian was obviously talking about the Indian guy, a friend of his he’d been messaging online for over a year. I could sense his disappointment at finally meeting him, thicker than the crêpe I’d just eaten.

In the morning, after we’d crammed together on the mattress and slept a few hours, I got a hug from Lucian underneath the Eiffel Tower where I was leaving him. There was affection in that hug and I couldn’t help but think it was a warmer hug than I might’ve received if the Indian guy hadn’t been there the night before. We’d bonded. 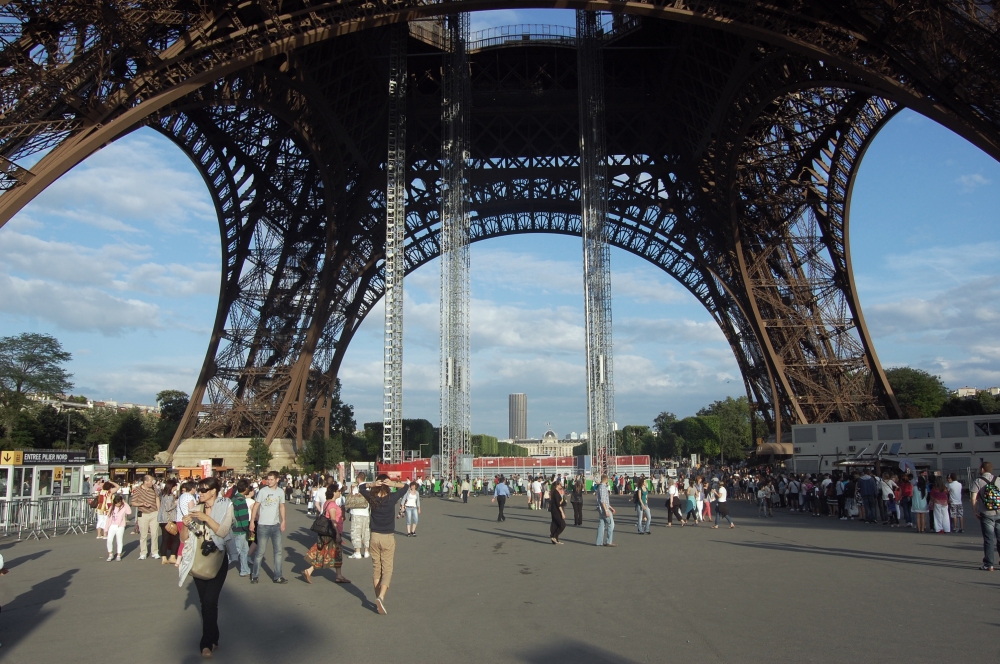